Ramil Ilyasov gets a haircut from fellow Islamic student Renat Schkalikov. They live and study in the Muhammadan Center in Kazan, the capital of Tatarstan. The Center was used by Muslim scholars before the Stalinist crackdown and it has been a fight to regain the property from the non-Muslim businessmen that operated, and still operate, businesses on the property. Said Schkalikov on his decision to study Islam, 'I was serving in the Russian Army when I realized I wanted to study Islam. It was after we captured seven Afghan fighters along the border. I was very impressed by the purity of their souls and the way they prayed five times a day.' Photographer: William Snyder 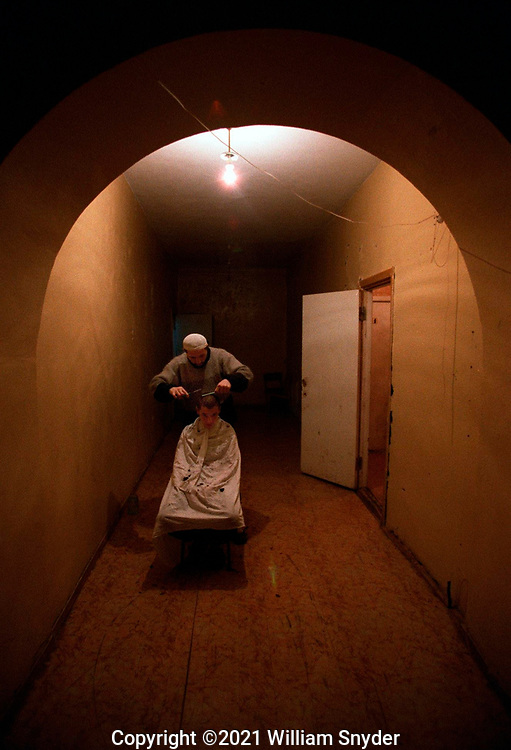